A Community Land care Grant of $52,250, under the Australian government’s Caring for Our Country program, was used to carry out a series of four land management workshops with Traditional Owners, graziers and other land managers throughout the catchment.

These workshops enabled clusters of properties in different sections of the catchment to develop cooperative weed, feral animal and fire management plans.

Graziers were able to discuss innovative practices, develop leadership and the capacity for awareness raising and develop a cooperative approach to weed identification and eradication. 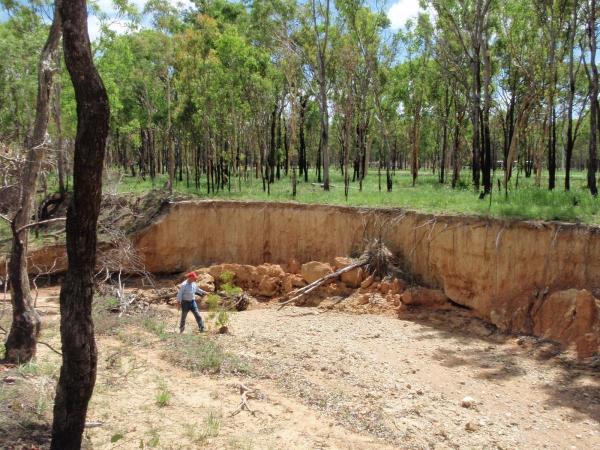 This erosion started from excavations associated with the Mareeba to Julatten rail lineand the inadequacy of the box culverts placed under this line when it was constructed (ca 1902). This caused the backup of floodwater to run along the embankment of the line scouring out a large canyon, which now measures 5m deep by 25m wide. Successive wet seasons have seen the upper lip of this canyon migrate up-stream many hundreds of meters, and out across the flood plain in the form of “breakaways”. 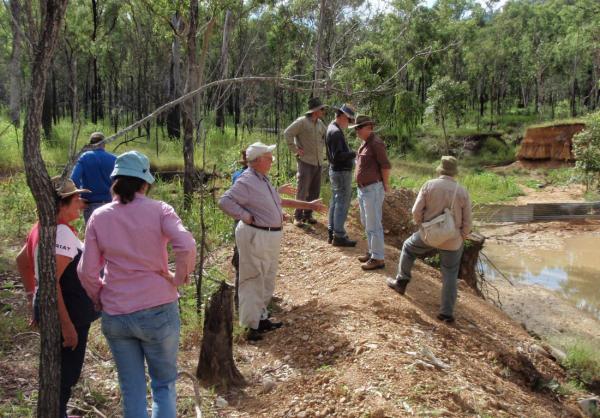 The situation was made much worse by the presence of erodible sodic soils that turns to glue with no structure when wet and any disturbance of the surface layer leaving the sub surface soil exposed to erosion. Slumping and mass failures are also a feature of this type of soil and are evident on this site.

In Nov 2014 we convened a feral pig workshop to coincide with the inaguration of a community pig trap for the Julatten and Mt Molloy area land holders. Nearly 30 attendees rolled up, including some of the largest property managers in the district. 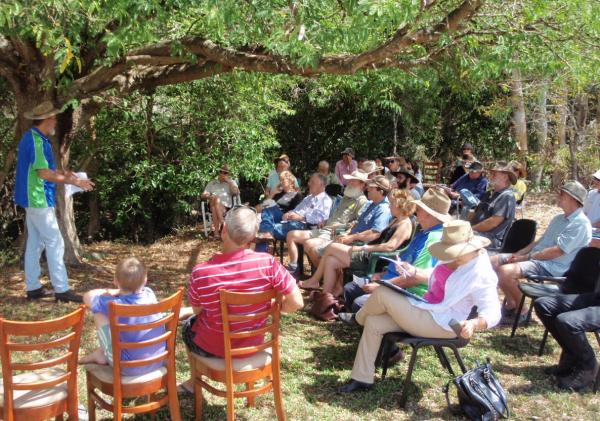 The session was held on Anabranch, the mixed grazing and cropping block to the west of Mt Molloy that also encompasses the old copper smelter works that were the foundation of Molloy.

Attendees were provided with information on the biology and habit of feral pigs. Of particular interest is the correlation between fertility and protein. Pigs will not breed successfully unless they have access to suffcient protein. This makes them more susceptible to trapping programs that use a protein-based bait.

The Julatten and Mount Molloy Association of Residents and Ratepayers (JAMARR) received support to produce a pig trap based on a national parks design that disassembles for easy transport in a regular ute. The trap will be offered on low-fee rental to local area land holders. This workshop was the first time that land holders had seen the trap and been given information on its operation. 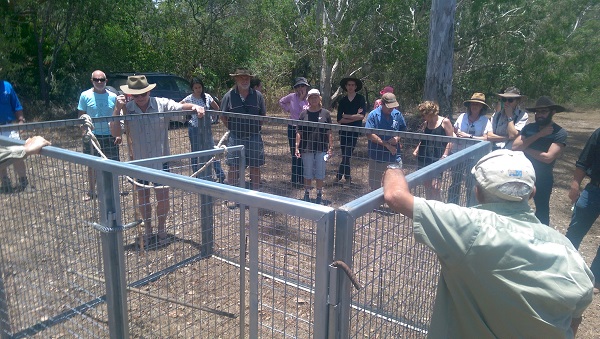 The workshop was very well received and attracted a range of attendees including cane growers who travelled over 200km to take advantage of the expertise and networking opportunities on offer.

In May 2015 we coordinated a workshop for graziers and local land holders to highlight the Four Tropical Weeds program being run by Biosecurity Queensland. The workshop brought together nearly 20 attendees representing a dozen properties and aboout 600ac of land under management. 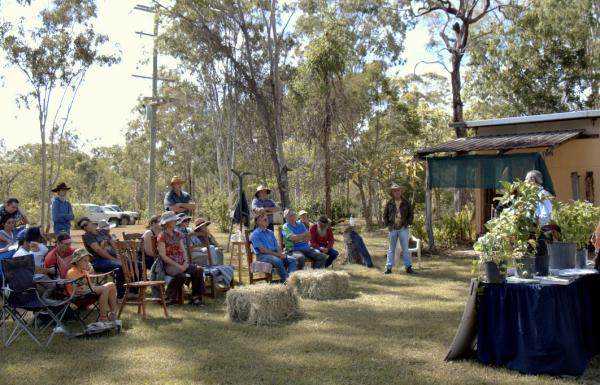 Live plants were on display to assist with identification and to improve the skills of attendees. Open discussion sessions helped expand the range of topics covered and improved the level of communication between land holders. 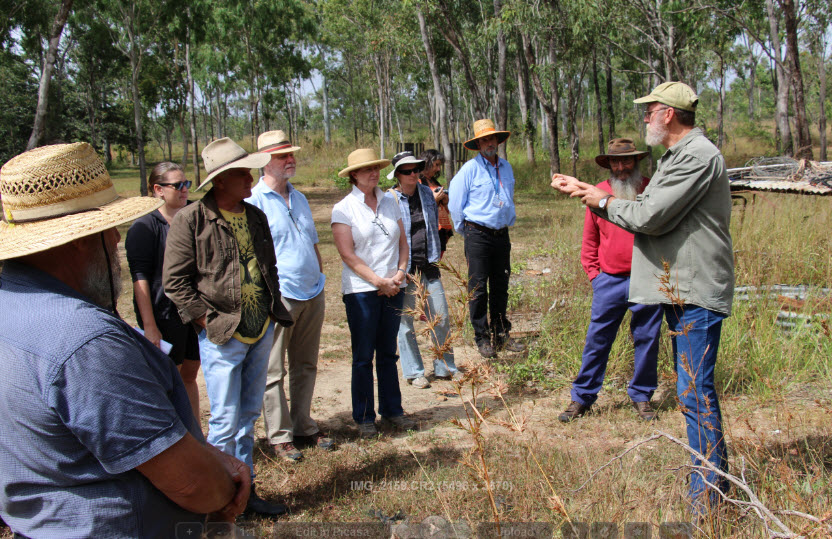 A farm walk was conducted by the Mitchell River Coordinator, Peter Alden. This provided an opportunity to see weed issues in situ and to discuss common challenges faced by land holders.

In Jun 2015 we convened a stakeholders forum for land managers in the upper Palmer River catchment. The event was held at the Palmer River Roadhouse and attracted nearly a dozen attendees. Included were the key Indigenous pastoralists and their landcare group (Gummi Junga) and the main weeds and feral control contractor for the Cape York section of the Mitchell catchment, Cape York Weeds and Feral Animals, Inc. 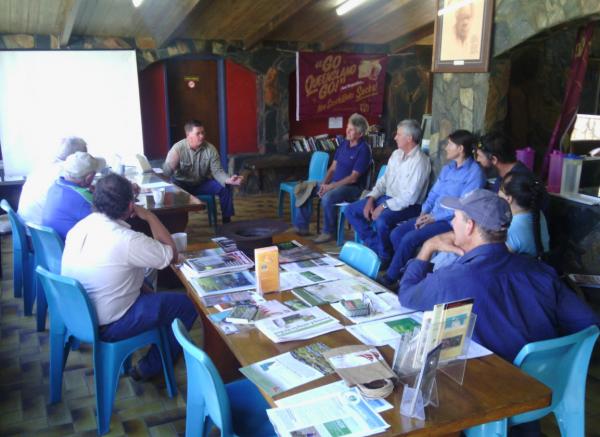 The days was wrapped up by an open forum and networking session led by Ian Adcock of the Northern Gulf Resource Management Group and Peter Alden, Mitchell River Watershed Management Group.

All the information in one place.
[ Jump to Co-ordination Centre ]

Take a 5min survey to help us understand public awareness.