The 2017 AGM was held 0n 10 Nov in Mareeba. This year we opted for the Mareeba Bowls Club as a venue and enjoyed the opportunity to catch up and discuss catchment matters together.

Ian Adcock, long-serving Chairman of the group, gave his thoughts on the year and a view to prospects going forward. Despite the scarce funding and many challenges, the group is still operating, and still doing good work in the catchment.

Ian has agreed to remain in the Chair for none more year, but made it clear that he must--however reluctantly--get serious about reducing his workload.

One of this year's highlights was the joint meeting in Chillagoe to launch the Living Landscapes-Local Livelihoods strategy for Queensland. The 2-day occasion was jointly hosted by Mithell River, Northern Gulf, the Gulf Cattleman's Association, and the CSIRO NAWRA team.

Dr Ray Pierce made a presentation on another of the year's highlights: ongoing projects to support the catchment's vulnerable finches, especially the Crimson Finch and the Black-throated Finch. You can read more about these projects from our Projects page.

The 2017 Committee resigned and Fiona Barron held the Returning Officer's chair as the following officers were elected unopposed:

In addition, Bill Bray, Allan Holmes, and Gaye Taylor remain on the Committee as regular members.

Following the AGM a brief but important catch up conversation was held. Fiona Barron wanted to see more projects happening in the coming year. Trevor Meldrum was keen to continue the Bellyache Bush campaign that he, Ian, and John Giese have worked so hard to keep going. Bill Bray noted that there may be some funding opportunities through new alternative energy projects in the region. And Bill Sokolich was keen to get a year's workplan organised, including a visit to Brooklyn Station to look at hybrid approaches to fire management.

We thank all members for their attendance and look forward to a big year ahead! 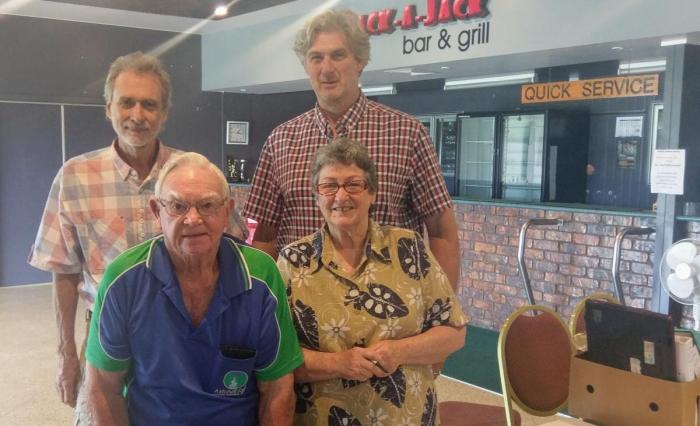